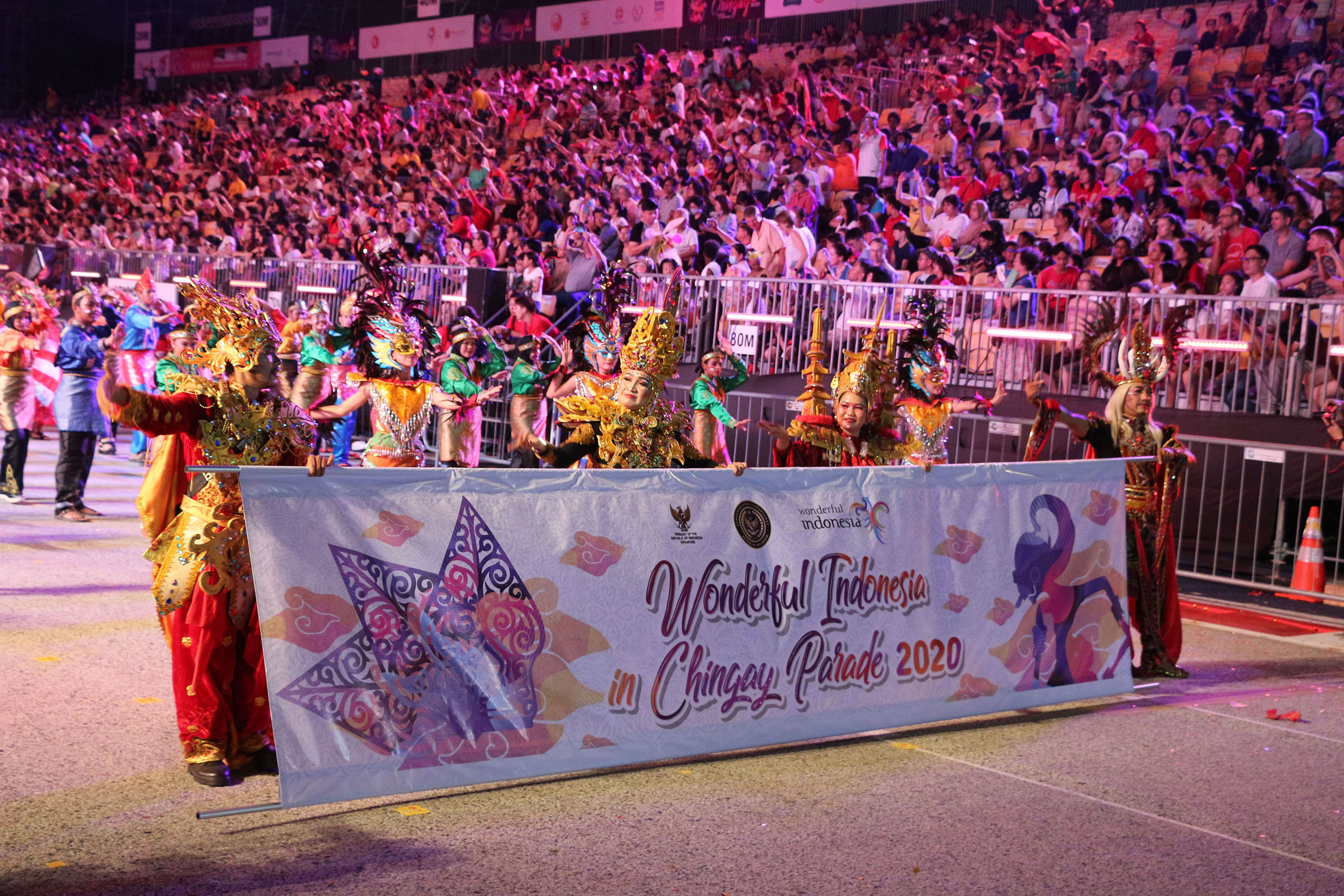 Chingay 2020 attracted about 500 people from overseas – mainly from Indonesia, Japan, Malaysia, Russia, Thailand and Vietnam. They join some 5,500 other performers at Singapore’s largest street parade

THERE were altogether 200 participants from various provinces from Indonesia as well students from Indonesia School in Singapore in one of the leading festive cultural events in Singapore – the annual Chingay Parade. Indonesia came with the largest contingent of dance performers with its theme ‘Harmoni in the Archipelago’ with its message that even with the great diversity of cultures, ethnic and linguistic groups they are all united as one. This was an excellent complement to Singapore’s own Chingay theme ‘Colour in Harmony’ this year. The Indonesian performers made quite an impact on the 32,000 spectators who came during the parades which were held on 31st January to 1st February 2020 at the Formula 1 Pit Building. Chingay was organised by the People’s Association and started in 1973 as a street parade
to commemorate the Chinese Lunar New Year. 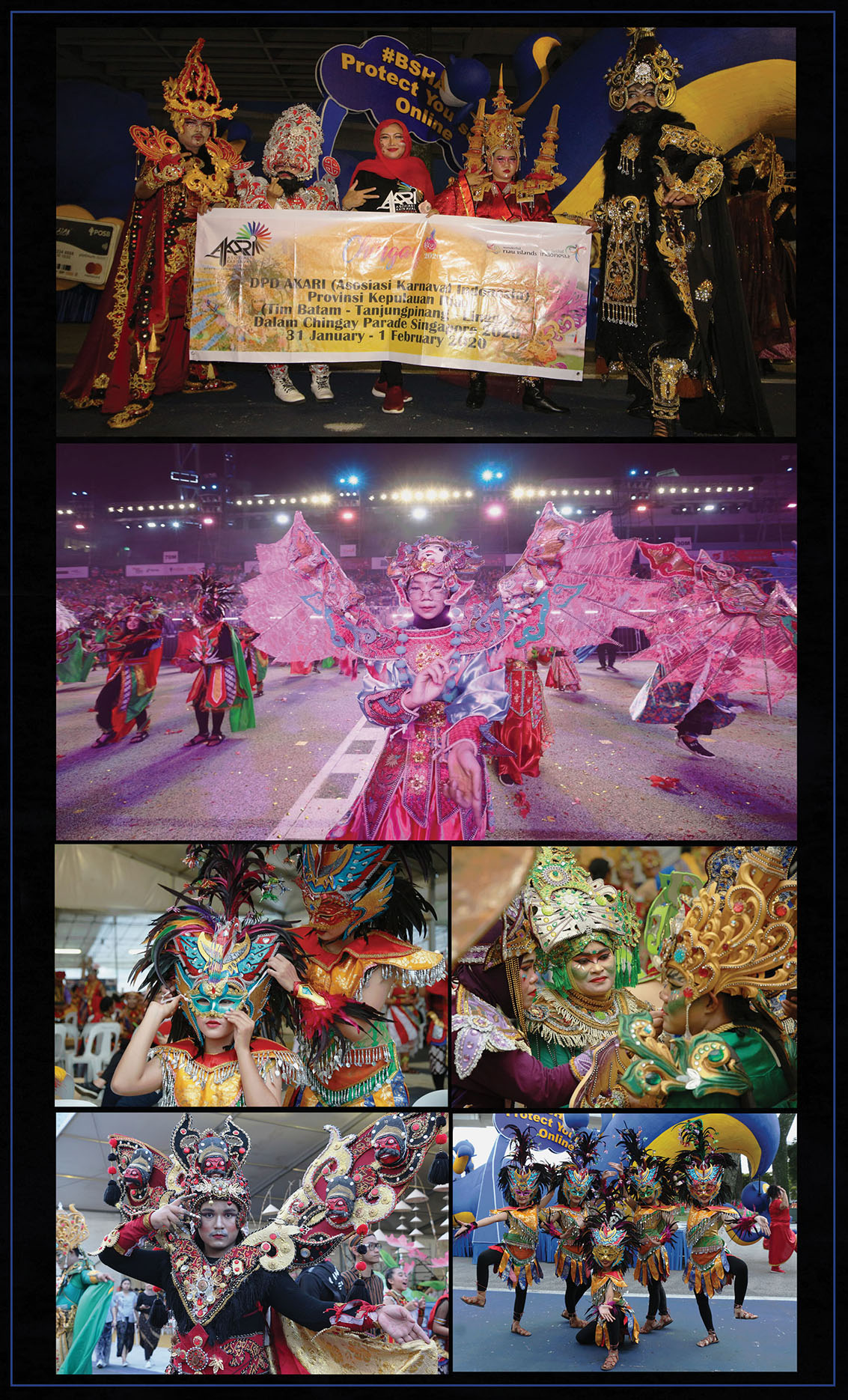